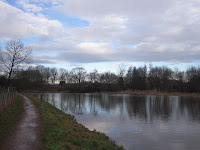 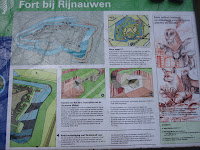 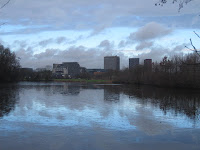 Out further along the Krommerijn but turned back as I didn't want to be out too long.  Back via the university and Bloeyendaal.
Gepost door elma op 12:51 Geen opmerkingen: 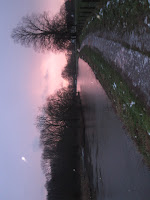 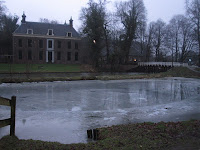 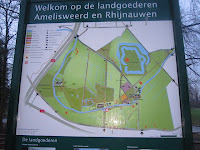 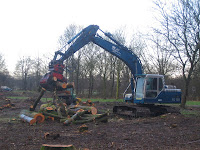 Out along the Krommerijn then meandered a bit through the University, out to De Bilt and home via Bloeyendaal to make up the 16 k I wanted to do.  Some of the running was on very icy paths of compacted snow which hasn't melted yet so had to slow right down there to avoid falling but most of the roads are ice free now.

Listened to a couple of new podcasts.  First one was the Dogs Love Running podcast which actually didn't feature anything about running but was interesting anyway.  Then there was The Pocket Running Coach which I quite liked.  Some stuff about training programmes which made me think.  I've never really went much beyond the 'building base' stuff.  If I ever want to 'really' run I'm going to have to do some speedwork.  The question is, of course, if I really want to do this...  After this came the Runner Academy, which I found a bit too slick and American but it did have a fascinating interview with the first woman to run the Boston Marathon so it was actually worth listening to all the irritating promotion at the start and the insurance disclaimer at the end after all.  Finally caught the start of Running with the Reaper - nice babbling English voice, sounding a bit like a young Bert Fry and getting distracted by hungry robins during his runs.  Definitely more my sort of podcast than the 'too professional' previous one.
Gepost door elma op 12:42 Geen opmerkingen: 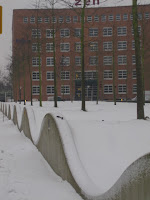 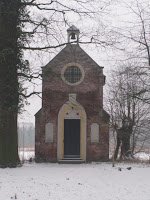 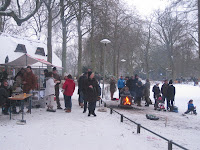 First photo is on the industrial estate - good place to do some miniature hill training when the snow has melted.  Second one is the tiny 'painters studio' in Sandwijck.  Last one is in the Wilhelminapark where the owner of the posh restaurant there has finally got his act together and put up a stall to cater for the hordes of people who gather there.  Now it was gluhwein and soup for the skaters but if they have any sense they'll start doing this sort of thin more often when the park is full of people.
Gepost door elma op 21:23 Geen opmerkingen: 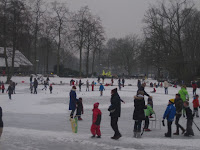 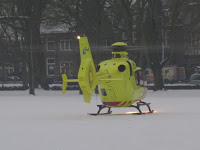 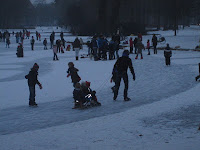 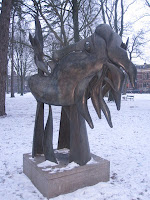 
Some medical emergency in the Wilhelminapark (skating injury?) meant that the ANWB helicopter had landed in the middle of the sportsfield and took off just as I was running past.  ﻿
Gepost door elma op 20:35 Geen opmerkingen: 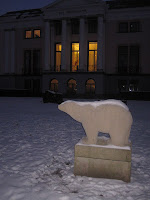 Finally collected my new Ventolin this morning and got out for a run.  Went really well - shame I've missed the last week or so of snow running.
Gepost door elma op 18:27 Geen opmerkingen: 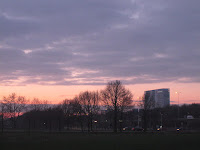 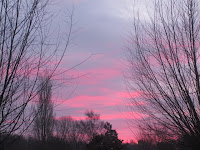 Well I got out this morning but the colder air and the fact that my Ventolin seems to be finished meant I had to frequently stop to get enough air into my squeaking lungs.  Not very successful outing but glad I got out anyway.
Gepost door elma op 10:20 Geen opmerkingen: 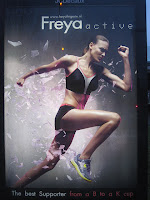 Cleverly placed electric billboard.  At the place where many runners heading out of town have to stop to cross the busy road.  Well timed to catch the attention of all the New Year Resolution runners.  By February most of them will have stopped...     My own running this week has been non-existant due to various things, must get back to schedule as soon as possible.
Gepost door elma op 10:13 Geen opmerkingen: 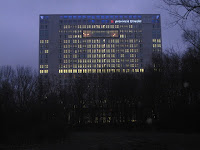 Didn't feel like going out into the greyness but afterwards (of course, as usual) I was glad I'd done so.  Remembered to snort some Ventolin as just as I was going down the stairs Stevie on the Run with the Pack podcast mentioned her own inhaler and how she needs it more in damp weather.  This improved my lung function no end and I even enjoyed doing a series of 8 x 20 second sprints with 10 seconds recovery jog in between.  (I try to remember to do this now and again but sometimes it's all I can do to keep going never mind any of this interval training stuff.)

(Blogger seems to be doing something odd when I try to upload photos so I'll have to try that again later - there's only one rather dull one anyway so no great loss... Here's today's route.)
------
Later, have finally found a way round the photo problem - by selecting the photo link in html mode I'm able to do it in the old way.
Gepost door elma op 19:33 Geen opmerkingen: 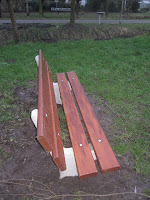 Oh dear, fairly dull photo to start this year but I noticed on my Bloeyendaal route that they've placed a new bench and it was too grey to really make any other interesting photos so this is the only one I've got.  Run itself was just as dull really, didn't really feel too great, but as always, glad I got out anyway - afterwards I could feel that my body was glad of the exercise even if my lungs had protested at the time.
Gepost door elma op 21:16 Geen opmerkingen: