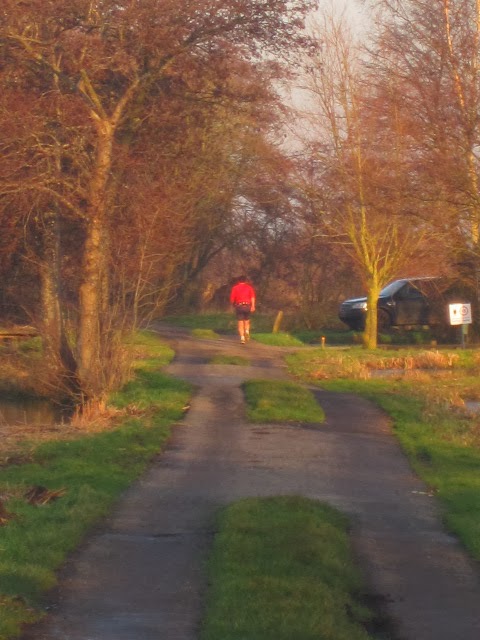 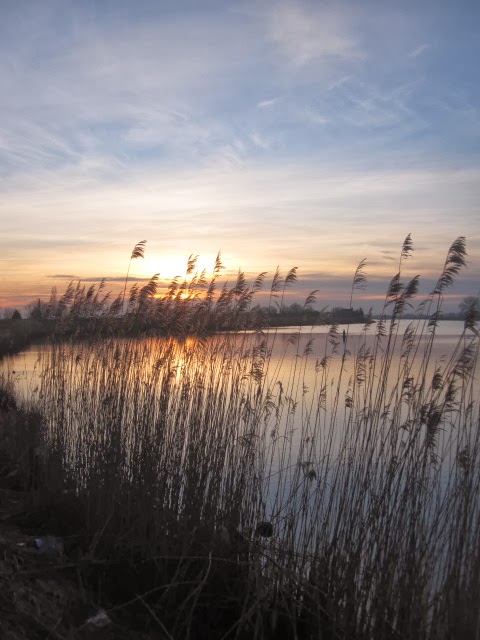 Great run - after going to bed at 4 having jumped about in unsuitable boots for hours at the Harley Club new year party last night I was slightly worried that my shins might be protesting but they felt fine and my planned long run got done, though finishing at sunset rather than starting at sunrise as was the original plan.  Took a previously unknown to me path through the polder - idyllic dirt path with water on both sides and a low winter sun in front of me (while the Running from the Reaper podcast was describing a canal run with a low winter sun in front of him - very fitting; there were even sheep when he was telling of how he had to chase 6 of the beasts back into their field).
Have been trying to increase the pace a bit recently and managed again to put some more effort into the run once I got warmed up rather than just getting slower and slower towards the end.
Gepost door elma op 21:20