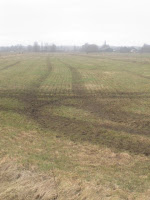 Luckily cameras don't convey smell - this is one of the many fields which have been freshly injected with pig slurry in the last few days. Went out along the Klompenpad - as from tomorrow it's closed to the public for the breeding season of the birds. There was a light drizzle for most of the bit along the Eem but later the sun broke through the cloud cover occasionally. Run went well enough, nothing strenuous but not as plodding as yesterday. I worked out why I can listen to the Extra Mile Podcast but couldn't bear to hear the other 2 American podcasts I'd tried. The host, Kevin, doesn't intersperse his introduction to the programme with frequent bouts of laughter at his own supposed wit. At first I thought it was just the endless egoistic-sounding monologues that irritated me but today I realised it was the frequent inane cackling that did it. I can cope with the heavy breathing but the real-live canned laughter (huh?) in my ears was just too unbearably annoying. 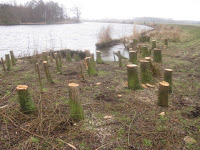 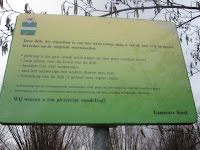 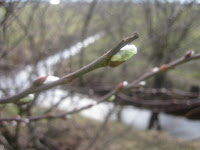